One of the world’s leading period-instrument string quartets, The London Haydn Quartet was born out of a passion for Haydn. Founded in 2000, the quartet has received invitations to many of the most important concert series in the UK, USA, Canada, the Netherlands, Belgium, France, Germany, Spain, Switzerland, Australia and Japan.

The London Haydn Quartet’s series of recordings of the complete Haydn quartets on the Hyperion label (Opp 9, 17, 20, 33, 50, 54/55, 64, 71/74 and 76 to date) has met with international critical acclaim. The quartet has given many recitals at venues such as New York’s Carnegie Hall, Wigmore Hall in London, Amsterdam’s Concertgebouw, Yamaha and Asahi Halls in Tokyo, and the Sydney Opera House, and at festivals including Cheltenham, Utrecht, Esterháza, Bath Mozartfest, Lyon, Granada and the Berlioz Festival in La Côte-Saint-André.

In collaboration with period clarinettist Eric Hoeprich, with whom they also recorded the Brahms, Mozart, Krommer and Weber quintets on the Glossa label, they have appeared throughout Europe, the USA, Canada, Singapore and Japan. 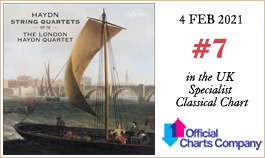 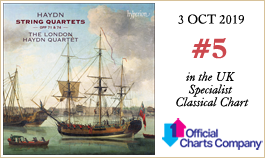 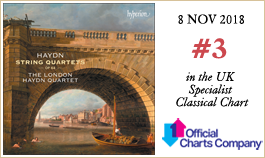 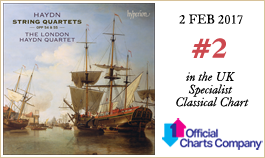 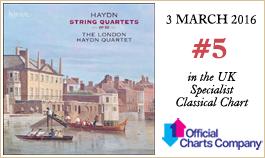 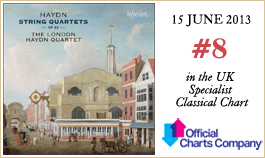