There are no new Hyperion recordings this month; our September releases will be available from Friday 2 September 2022. Halfway through the year, here's a recap of the Hyperion albums which achieved top positions in the UK Specialist Classical Chart in earlier months …

And here are the most recent new releases from Hyperion …

Members of The Nash Ensemble—in agreeably unexpected combinations—bring all their customary flair to a Piano Trio and Sextets by Ferdinand Ries. If posterity has tended to focus on his role as student, associate and friend of Beethoven, Ries the composer deserves to be better known in his own right, and July's Record of the Month offers an opportunity to get to know some highly engaging music in accounts by one of the most versatile groups performing today. Another overlooked composer is championed in Volume 84 of our Romantic Piano Concerto series, and Aloys Schmitt Piano Concertos Nos 1 & 2 features music from the byways of the Austro-German tradition in the early nineteenth century. The advocacy of Howard Shelley—who, as always, plays as though he's known and loved the works all his life—and the faultless support offered by the Ulster Orchestra are a proven and winning formula.

With Missa Faulte d'argent & Motets by Jean Mouton, Stephen Rice and The Brabant Ensemble celebrate the quincentenary of the composer's death. Their earlier album of works by Mouton was described as 'gorgeous' (BBC Music Magazine) and its successor is every bit as rewarding, confirming the distinction and originality of this near contemporary of Josquin.

Violinist Charlie Siem has recorded the Beethoven Violin Concerto along with the composer's two 'romances' for violin and orchestra. Perhaps rather ahead of its time, the concerto had to await its 1844 Mendelssohn/Joachim revival (some four decades after its first performance) before truly entering the repertoire. For this new Signum recording, Oleg Caetani conducts the Philharmonia Orchestra.

Andrew Arthur and The Hanover Band have made a rollicking new recording of four Bach Harpsichord Concertos. Captured here in resplendent sound, these works set the scene for what was to become the 'piano concerto' and remain firm favourites of the Baroque repertoire. Also on Signum Classics we have Church bells beyond the stars, a recital of inexplicably neglected (four of the five works have never before been recorded) organ works from the twentieth and twenty-first centuries performed by Norman Harper on the organ of St George's Metropolitan Cathedral, Southwark.

Celestial Dawn is a joyous second album on Signum Classics from Pembroke College Girls' Choir and conductor Anna Lapwood. In barely four years this choir has established itself as one of the leading girls' choirs in the country, and their new programme of contemporary works (many here recorded for the first time) encompasses jazz idioms alongside more conventional works in performances of uninhibited honesty. Established at the pinnacle of their kind for rather longer, of course, The King's Singers also have a new album out—a fourth instalment in their series The Library with eight more of their trademark close-harmony renditions.

1equalmusic this month brings us a 'remastered Jubilee Edition' of Antony Pitts's Jerusalem-Yerushalayim. Performed by Tonus Peregrinus and others, the work is an extraordinary musical cross between Handel’s Messiah, Bernstein’s Chichester Psalms, and classic rock anthems, telling simply but powerfully the Old Testament story of Jerusalem in modern English with ancient Hebrew names for familiar Biblical characters and places.

A new release from the National Symphony Orchestra of Washington and conductor Gianandrea Noseda (on the orchestra's own label) brings us George Walker's Sinfonia No 4, the first in a series to be issued over the coming months and marking the centenary of the composer's birth. 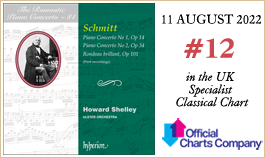 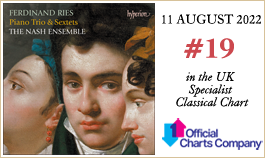 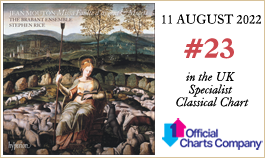 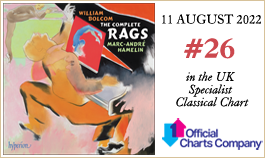 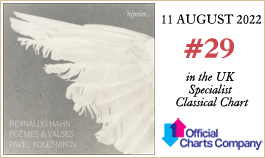 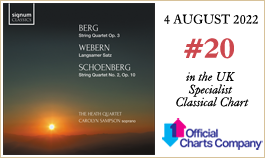 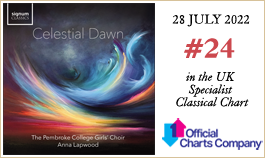 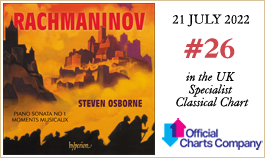 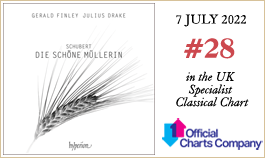 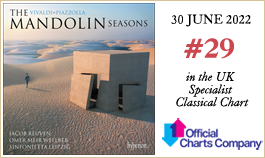