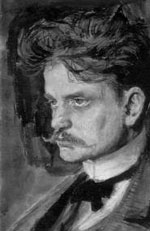 born: 8 December 1865
died: 20 September 1957
country: Finland
Jean Sibelius, the second of three children, was raised by his Swedish-speaking mother and grandmother. The boy made rapid progress as a violinist and composer. In 1886 he abandoned law studies at Helsinki University, enrolling at the Helsinki Conservatory and later taking lessons in Berlin and Vienna. The young composer drew inspiration from the Finnish ancient epic, the Kalevala, a rich source of Finnish cultural identity. These sagas of the remote Karelia region greatly appealed to Sibelius, especially those concerned with the dashing youth Lemminkäinen and the bleak landscape of Tuonela, the kingdom of death—providing the literary background for his early tone-poems, beginning with the mighty choral symphony Kullervo in 1892.

The Finns swiftly adopted Sibelius and his works as symbols of national pride, particularly following the première of the overtly patriotic Finlandia in 1900, composed a few months after Finland’s legislative rights had been taken away by Russia. ’Well, we shall see now what the new century brings with it for Finland and us Finns’, Sibelius wrote on New Year’s Day in 1900. The public in Finland recognised the idealistic young composer as a champion of national freedom, while his tuneful Finlandia was taken into the repertoire of orchestras around the world. In 1914 Sibelius visited America, composing a bold new work, The Oceanides, for the celebrated Norfolk Music Festival in Connecticut.

Although Sibelius lived to the age of 91, he effectively abandoned composition almost 30 years earlier. Heavy drinking, illness, relentless self-criticism and financial problems were among the conditions that influenced his early retirement. He was, however, honoured as a great Finnish hero long after he ceased composing, while his principal works became established as an essential part of the orchestral repertoire.

from notes by Andrew Stewart © 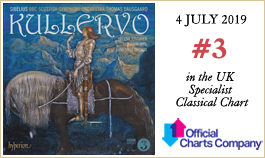 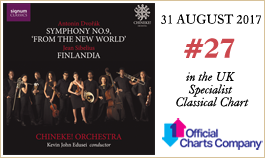 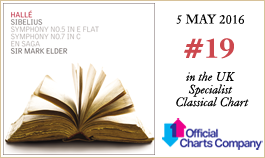