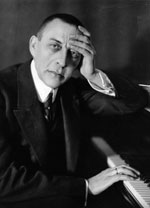 born: 1 April 1873
died: 28 March 1943
country: Russia
Sergei Vasilievich Rachmaninov was born on 1 April 1873, one of many siblings, into a noble family on the estate of Oneg in Novgorod Province, north-west Russia. Systematic music studies started when he was four years old, continuing until, at the age of nine, he was enrolled in the junior section of the Saint Petersburg Conservatoire. He transferred to the Moscow Conservatoire where he took Alexander Siloti’s piano course and then the composition course with Anton Arensky and Sergei Taneyev. On his graduation from these courses in 1891 and 1892, the Conservatoire awarded him its Grand Gold Medal and his diploma opera, Aleko, was given an enthusiastic reception by Tchaikovsky.

While Tchaikovsky was an important influence on Rachmaninov’s early creative work, compositions such as the First Piano Concerto (1891) and the First Symphony (1895) display both the young composer’s phenomenal natural talent and the distinctive originality of his thought and style.

The late 1890s saw the start of a prolonged period of concert tours, with Rachmaninov travelling widely (his fi rst international appearances were in London in 1899). Over the years Rachmaninov won worldwide reputation as Russia’s most outstanding pianist, second only to Anton Rubinstein, and one of the greatest pianists ever.

Rachmaninov’s most productive period as a composer was in the first decade of the twentieth century. These years saw the creation of the Second and Third Piano Concertos (1901, 1909), which are now treasures in the piano repertoire, followed by the Second Symphony (1907), the pinnacle of Russian lyrical epic symphonic art which opened a new chapter in symphonic music around the world, and then The Bells (1913), based on Balmont’s translation of Poe’s poem and scored for soloists, choir and orchestra, which expresses early premonitions of the post-Revolution Russian catastrophe.

In December 1917 Rachmaninov and his family left Russia for ever. (Rachmaninov had at last been able to marry his cousin Natalia Satina in 1902.) They went first to Scandinavia and then to the USA where Rachmaninov was to remain for the rest of his life, spending the summer months in Europe (until 1939). For nine years he abandoned composition and dedicated his professional life to work as a pianist.

1926 marked a new zest for composition with the Fourth Piano Concerto (which he had started writing in Russia). There followed, over large intervals, the other compositions grouped as ‘late Rachmaninov’: Three Russian Songs, scored for choir and orchestra (1926), infused with the dark emotional colour of Rachmaninov’s compositional idiom; Rhapsody on a Theme of Paganini (1934), scored for piano and orchestra, demonstrating an unusual harsh and percussive aspect of his favourite instrument; and the Third Symphony (1936) and Symphonic Dances (1940) in which the fate of Russia, battered by war, buffeted by revolution and coming to terms with the realities of the 1930s beyond her borders, is portrayed with blistering dramatic force and depth, particularly in the Symphonic Dances.

Rachmaninov died of cancer, suddenly, in Beverley Hills, California, on 28 March 1943, just three days before his seventieth birthday. He left us not just his music but a huge number of recordings—Rachmaninov the pianist playing his own compositions and the music of great classical composers. His place in this pantheon of the great had long been established. 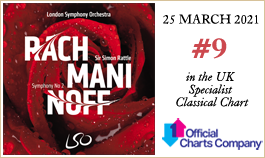 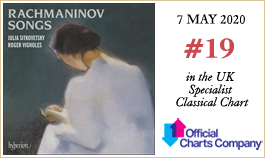 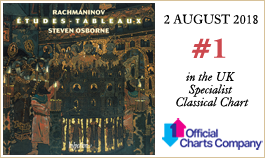 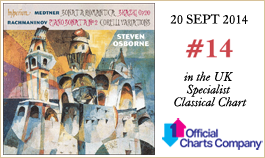 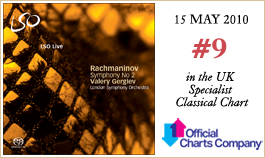