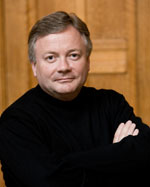 In recognition of his services to music, David has been awarded an honorary doctorate by the University of Southampton, an Honorary Fellowship of the Royal School of Church Music, and an Honorary Membership of the Royal Academy of Music. He has been Master of Music at Winchester and Westminster Cathedrals, Music Director of the Waynflete Singers, Artistic Director of the Philharmonia Chorus, and Director of Music at St John’s College, Cambridge. In the 2019 New Year’s Honours for services to music, David was appointed Member of the Order of the British Empire (MBE).

With over one hundred recordings to his credit, David Hill has performed virtually every style and period in the choral repertoire from Gregorian chant and Renaissance polyphony to Baroque oratorios and modern masterpieces for chorus and orchestra. He has commissioned dozens of works from leading composers of today, including Judith Bingham, Francis Pott, Patrick Gowers, Sir John Tavener, Philip Wilby and Jonathan Dove.

At Yale University, David serves as Principal Conductor of Yale Schola Cantorum, and participates in the training of choral conducting majors with Marguerite L Brooks and Jeffrey Douma. 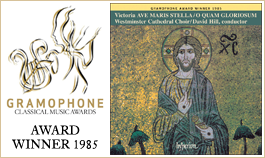