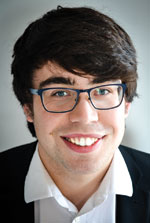 born: 1993
country: United Kingdom
Owain Park was born in Bristol in 1993. His works are published by Novello and have been performed internationally by ensembles including The Tallis Scholars, the Aurora Orchestra and the Norwegian Soloists’ Choir. While at Cambridge University he studied composition and orchestration with John Rutter, before undertaking a master's degree in composition under Jeremy Thurlow and Richard Causton.

Recent works include a piece for Voces8 and Rachel Podger (Antiphon for the Angels, 2018), and a set of six songs for SATB and piano for Louth Choral Society (Sing to me, windchimes, 2018). The Choir of Trinity College Cambridge included The wings of the wind (2015) in their tour programmes to the United States, Australia and Hong Kong, and his chamber opera The Snow Child (2016) was performed over five nights at the Edinburgh Fringe Festival. In 2017, Tenebrae directed by Nigel Short gave the first performance of his new choral work Footsteps. His compositions have won awards from organizations including the National Centre for Early Music (Sweet Day, 2010) and his music has been broadcast on BBC Radio 3 and 4, Classic FM, and internationally.

Owain began his musical journey with the piano, later becoming a chorister at St Mary Redcliffe Church in Bristol, before joining the National Youth Choir of Great Britain. He was assistant conductor of the RSCM Millennium Youth Choir before founding his own ensemble, The Gesualdo Six, who recently released their debut recording on Hyperion Records, an album of English renaissance polyphony. As well as directing The Gesualdo Six he maintains a busy schedule of conducting projects, working with ensembles including Cappella Cracoviensis, Cambridge Chorale and the BBC Singers. He is a Fellow of the Royal College of Organists, and was awarded the Dixon Prize for improvisation, having been Senior Organ Scholar at Wells Cathedral and Trinity College Cambridge. 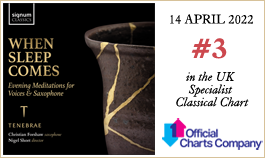 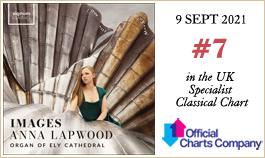 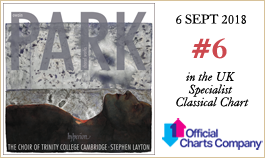