born: c1460
died: 1512/13
country: France
Antoine Brumel (c1460–1512/13) is famous for one piece, and otherwise little known and rarely performed today. His Missa Et ecce terrae motus, alias the ‘Earthquake’ Mass, is justly fêted due to its status as the first twelve-voice Mass-setting, and is notable for its vitality of rhythm as well as its almost obsessive repetition of small motivic cells. But the rest of his output is poorly represented in the recording catalogues. His compositions are quite unlike those of his contemporaries in the way in which he handles voices: at times he appears to be conceptualizing a vocal ensemble as a primarily rhythmic entity, creating wild syncopations and using the same figure in different relationships to the underlying tactus so that the straightforward pulse is broken up with cross-rhythms. This is not to say that he lacks lyricism: the Agnus Dei of the Missa de beata virgine and the motet Beata es, Maria, for example, achieve an inward spirituality to equal any of his contemporaries.

Like most church musicians of his generation, Brumel was employed primarily as a singer, though he latterly became a master of choristers and was also a priest. Possibly from the village of Brunelles near Chartres, he is known to have held positions, from 1483 onwards, at the cathedrals of Chartres, Laon, and Notre-Dame de Paris (1498–1500, when he resigned after an administrative dispute). He also worked in Geneva, at the Savoyard court in Chambéry, and from 1505 at Ferrara in Northern Italy, where he was paid the substantial sum of 100 ducats per annum. After the Ferrarese chapel was disbanded in 1510 he remained in Italy and appears to have resided in Mantua. It is possible that he was present at the coronation of Pope Leo X in 1513, but the account is not contemporaneous and he may already have died by this point. 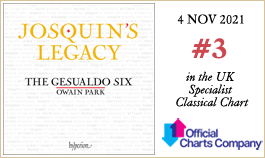 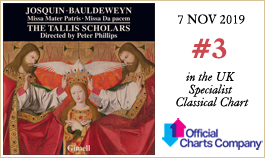