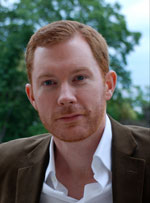 Irish tenor Robin Tritschler graduated from the Royal Academy of Music and was a BBC New Generation Artist.

He has performed with the Welsh National Opera (in the roles of Almaviva, Nemorino, Narraboth, Ferrando, Don Ottavio and Belmonte) and Angers-Nantes Opéra; at the Stadttheater Klagenfurt, La Monnaie in Brussels, and Teatro Colón (Buenos Aires); in concert with the BBC Philharmonic, BBC Symphony and Scottish Chamber orchestras, London Philharmonic Orchestra (under Vladimir Jurowski, Yannick Nézet-Séguin and Nathalie Stutzmann), Bournemouth Symphony Orchestra (under Kirill Karabits), Hong Kong Philharmonic (Edo de Waart), and at the BBC Proms (Sir Mark Elder). He performs regularly in recital at the Wigmore Hall, also appearing in Cologne, Amsterdam and Washington, and at the Aldeburgh and Aix-en-Provence festivals. His recording of World War I songs on Signum with Malcolm Martineau is critically acclaimed.

Recent highlights include Schwanengesang in San Diego with pianist Inon Barnatan; the St John Passion in Dresden and Salzburg under Philippe Herreweghe; appearances with the Bayerische Rundfunk, Pygmalion (with Raphaël Pichon), NDR Radiophilharmonie, London Philharmonic and Royal Concertgebouw orchestras; a return to the the Risør Chamber Music Festival; his debut for the Bregenz Festival in a newly commissioned opera The Hunting Gun by Thomas Larcher; his debut for the Salzburg Festival; and his own residency of recitals at Wigmore Hall.

Concert engagements include Britten’s War Requiem in Katowice with Charles Dutoit, Mozart’s Mass in C minor with the Bayerische Rundfunk and Herbert Blomstedt, Handel’s Messiah with the Munich Philharmonic, and recital appearances at Wigmore Hall and the Concertgebouw. Performances on stage include Pierre Audi’s production of the Monteverdi Vespers in New York (under Pichon), and returns to the Mostly Mozart Festival in New York and the Royal Opera House as Jaquino in Fidelio (under Sir Antonio Pappano).