born: 1766
died: 17 September 1803
country: Austria
Franz Xaver Süssmayr was born in Schwanenstadt, Upper Austria, in 1766 and died in Vienna in 1803. Today he is remembered mainly for his completion of Mozart’s Requiem. However, he was a successful composer in his own right whose operas, in particular, enjoyed popularity. His early life was spent at the monastery school in Kremsmünster where he performed as a singer, violinist and organist and began to compose. In July 1788 he settled in Vienna, becoming a pupil and friend of Mozart during the last year or two of Mozart’s life. It is surely no coincidence that the son born to Mozart in July 1791 was christened Franz Xaver, though it is going a bit far to suggest, as some have done, that this is evidence of a particularly intimate friendship between Süssmayr and Mozart’s wife Constanze. 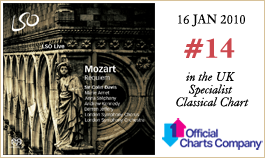