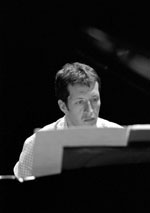 From 1999 to 2008 he was Artistic Director of the Aldeburgh Festival.

As a conductor Thomas appears regularly with, among others, the Los Angeles Philharmonic, Boston Symphony, London Symphony Orchestra, the Royal Concertgebouw, Melbourne and Sydney Symphonies, BBC Symphony, and City of Birmingham Symphony Orchestra. In opera, he has conducted The Rake’s Progress at the Royal Opera House, London and the Zürich Opera, and made his debut at the Metropolitan Opera New York conducting The Tempest.

His many awards include the Grawemeyer Award for Asyla (1999); Royal Philharmonic Society large-scale composition awards for Asyla, The Tempest and Tevot; and Ernst von Siemens Composers’ prize for Arcadiana; British Composer Award for The Four Quarters. His sound recording of The Tempest from the Royal Opera House (EMI) won the Contemporary category of the 2010 Gramophone Awards; and his DVD of the production from the Metropolitan Opera was awarded the Diapason d’Or de l’année (2013), Best Opera recording (2014 Grammy Awards) and Music DVD Recording of the Year (2014 ECHO Klassik Awards). He coaches Piano and Chamber Music annually at the International Musicians Seminar, Prussia Cove. 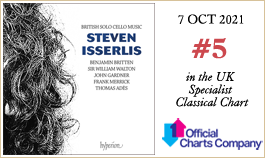