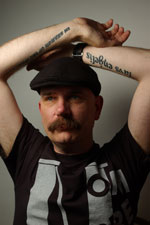 born: 10 July 1962
country: United Kingdom
Gabriel Jackson was born in Bermuda in 1962. After three years as a chorister at Canterbury Cathedral he studied composition at the Royal College of Music, first in the Junior Department with Richard Blackford and later with John Lambert, gaining his BMus in 1983. While at the College he was awarded the R O Morris Prize for Composition in 1981 and 1983 and in 1981 he also won the Theodore Holland Award. In 1992 he was awarded an Arts Council Bursary. Particularly acclaimed for his choral works, his liturgical pieces are in the repertoires of many of Britain’s leading cathedral and collegiate choirs and in 2003 he won the liturgical category at the inaugural British Composer Awards. Recent premieres include a forty-part motet Sanctum est verum lumen (2005) for the Lichfield Festival, a Piano Sonata (2007) for David Wilde, Aeterna caeli gloria (2007) for the Festival of St Cecilia at Westminster Abbey, Ave, regina caelorum (2008) for choir and electric guitar, commissioned by Tom Kerstens and The Sixteen for the opening of Kings Place in London, The Spacious Firmament for choir, brass and organ, and The Spacious Firmament 2: Yet we who neither burn nor shine for choir and trumpet (both commissioned by the John Armitage Memorial in 2008) and an extended a cappella Requiem (2008) for the Vasari Singers, which combines settings of the Latin Ordinary with funereal texts from other cultures and spiritual traditions.