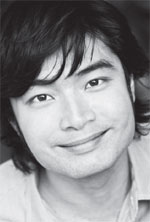 In 2015, Darrell Ang made a triumphant debut with the Royal Liverpool Philharmonic which led to an immediate reengagement in the 2015-2016 season. The ambitious program included Ravel Le Tombeau de Couperin, Hindemith Concerto for Orchestra, and Shostakovich Symphony No 9, as well as the UK premiere of Wolf Totem, Tan Dun’s latest concerto, which featured the orchestra’s principal double bassist, Marcel Becker as soloist.

In his native Singapore, Ang became the youngest Associate Conductor of the Singapore Symphony Orchestra where he worked with Lan Shui for five years. He also served as the Music Director of the Singapore National Youth Orchestra, bringing the ensemble to the ‘Young Euro Classic’ Festival at Konzerthaus in Berlin. In 2010 Darrell Ang led the World Youth Olympic Games Orchestra in an internationally-televised opening ceremony of the first-ever World Youth Olympic Games in Singapore. As a guest conductor, he has worked with Asia’s top ensembles including the Hong Kong Philharmonic and National Symphony Orchestra of Taiwan. As the chief conductor of the NTSO Taiwan-China Youth Orchestra, Darrell was at the heart of the initiative which brought together the best young musicians from China and Taiwan, leading them in high-profile concerts at the national concert halls of Beijing and Taipei. Darrell’s latest project, The Young Musicians’ Foundation of Singapore and its resident orchestra, raises funds for young local musicians who wish to pursue a career in music.