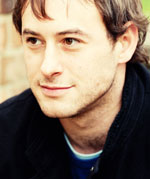 see also Jonathan Cohen (conductor)
see also Jonathan Cohen (harpsichord)
Jonathan Cohen is rapidly developing a reputation as one of Britain’s finest and most versatile young cellists. With wide-ranging interests in solo and chamber music, Baroque, Classical and contemporary performance, he is in increasing demand for concerts and festivals throughout the United Kingdom and Europe. In addition to his studies with Emma Ferrand at the Royal Northern College of Music, he also participated in masterclasses with Ralph Kirshbaum, Steven Isserlis, Colin Carr, Steven Doane and Anner Bylsma. Having spent a year at the Royal Northern College, he subsequently read music at Clare College, Cambridge, graduating in June 2000.

Frequently in demand as a guest principal with various orchestras, Jonathan has worked with the Philharmonia, the London Chamber Orchestra, the Orchestra of the Age of Enlightenment and the Scottish Chamber Orchestra and has toured with the Chamber Orchestra of Europe. With a specialist interest in period performance, he is principal cellist of The King’s Consort and has performed as continuo cellist with the Orchestra of the Age of Enlightenment and the Gabrieli Consort. Increasingly in demand as a recitalist, Jonathan has given concerts in the United Kingdom, in Europe and America and has worked with pianists Huw Watkins and Leslie Howard. A regular participant at the Open Chamber Music Seminars at Prussia Cove, Jonathan is a devoted chamber musician, and is a member of the period-instrument London Quartet. He has also played as a guest with the Fitzwilliam Quartet, touring the United States in February 2001.

As the artistic director of the newly formed Picander Ensemble, Jonathan is devoting more of his time to chamber music and conducting. Recent performances include the piano quartets of Schumann, Dvorák, Mozart and Enescu, with Benjamin Nabarro (violin), Lawrence Power (viola) and Daniel Tong (piano), at Wigmore Hall, the Aldeburgh and Nottingham festivals, the South Bank Centre’s Purcell Room, and numerous other venues. Drawing on his experience in early music, Jonathan was assistant conductor to Emmanuelle Haïm for Handel’s Tamerlano and Monteverdi’s Orfeo, and in 2006 assisted William Christie for productions of Rameau’s Les Paladins and Mozart’s Idomeneo.