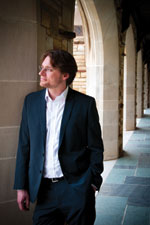 see also Žak Ozmo (director)
see also Žak Ozmo (guitar)
Born in Bosnia-Herzegovina, Žak Ozmo is a lutenist, music director, and a scholar in historical performance based in London. He is the founder-director of the period instrument ensemble L’Avventura London, and his work has been praised by the press for its ‘excellent musicianship’ and ‘an admirable understanding of Baroque performance conventions’ (Gramophone).

Hailed by Classical Music magazine as an ‘expert on early plucked instruments’, Žak has performed as a continuo player, chamber musician and soloist across Europe, North America and Asia on the archlute, theorbo, Renaissance lute and Baroque guitar. His performances include engagements with some of the world’s finest ensembles, while currently much of his focus is on working with L’Avventura London, in addition to appearances as a soloist and a guest director of various ensembles, orchestras and opera companies internationally.

Žak’s performances have been featured on most major radio stations in Europe and North America, including live concert broadcasts on BBC Radio 3. As a lutenist and the director of L’Avventura London he has appeared at major festivals across the United Kingdom (including the York Early Music Festival, Lufthansa Festival of Baroque Music, Brighton Early Music Festival, and the Gregynog Festival) and various international venues.

Žak’s writings on historical performance practice have been translated into French, German, Spanish and Korean. His affinity for rediscovering and reviving lost musical repertoires has to date led to modern premieres of numerous musical gems from the seventeenth and eighteenth centuries, most recently Henry Fielding’s ballad opera The Lottery (‘a living document, a biting satire for the 21st century’, BBC Radio 3), which he conducted from his own editions and musical arrangements at Bury Court Opera.

Žak holds a doctorate in historical performance from the University of Southern California in Los Angeles, where he studied under James Tyler, and has completed postdoctoral studies in the same area at the Guildhall School of Music and Drama in London.

Žak plays a six-course Renaissance lute made by Ivo Magherini in 2014. 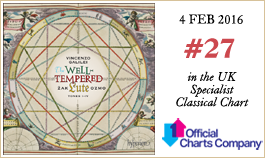