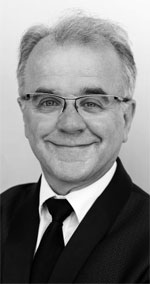 Christopher has worked with many of the major orchestras in the UK and Ireland, including the Royal Philharmonic, Royal Scottish National, BBC Scottish Symphony, Ulster, Scottish Chamber, City of London Sinfonia, London Concert, RTE National Symphony, RTE Concert and the Bournemouth Symphony Orchestras. He was Principal Guest Conductor of the State Orchestra of Victoria (1998-2000), and Associate Conductor of the Ulster Orchestra (2009-2017).

He formed NYCOS in 1996 to encourage young singers to develop their skills. Since then the organisation has grown, not only as a choral group with four national choirs and fifteen regional choirs across Scotland, but as a provider of educational training and resources for teachers and choir directors.

For his work with singers, and particularly his encouragement of young singers in Scotland, Christopher Bell was awarded a Scotsman of the Year 2001 award for Creative Talent. In 2003, he was awarded the Charles Groves Prize for his contribution to cultural life in Scotland and the rest of the UK. In 2009 he was awarded an Honorary Masters Degree from the Open University for Services to the Arts. In 2012 he was awarded an Honorary Doctor of Music from the Royal Conservatoire of Scotland in recognition for his contribution to the performing arts in Scotland. In 2013, Chorus America awarded Christopher the Michael Korn Founders Award for Development of the Professional Choral Art. In 2015, he received the degree of Doctor of Music, Honoris Causa, from The University of Aberdeen.