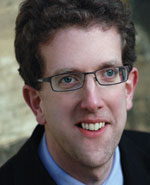 Born in the UK and schooled as a chorister at Durham Cathedral, he was made a Fellow of the Royal College of Organists at the age of 17 and won the organ scholarship to King’s College, Cambridge, later taking up the position of Director of Music at Jesus College, Cambridge. In 2009, he became Informator Choristarum at Magdalen College, Oxford, where he was also an Associate Professor. In 2016 Daniel moved to the USA where he became Organist and Director of Music at Saint Thomas Church, Fifth Avenue, New York City.

Daniel’s broad-ranging discography can be found on the Opus Arte, Linn, Naxos, EMI and Priory labels, as well as the King’s College label.

A phenomenal organist, Daniel has performed throughout the world giving recitals. He has appeared at the BBC Proms on numerous occasions, including his solo debut there in 2010, and the First Night of the Proms in 2021.

As an ensemble player he has appeared with Phantasm, the Britten Sinfonia, The Tallis Scholars, Aurora Orchestra, Gabrieli Consort, and the Academy of St Martin-in-the-Fields, amongst others. 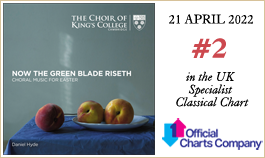 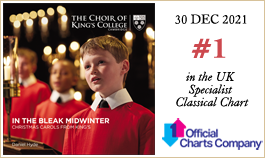