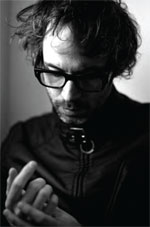 James Rhodes had no formal academic musical education or dedicated mentoring until the age of 14 when he began to study with Colin Stone. In 1993, mental health issues stopped him taking up a scholarship to the Guildhall and he stopped playing the piano entirely.

Suffering further setbacks due to health issues it was not until 2008, when Rhodes met his present manager, Denis Blais, that he was encouraged to record his first album. This enabled him to bare his soul and put many of the ghosts of the past to rest.

With Blais, Rhodes also created a distinctive and unique approach to how the classical piano repertoire should be presented. Uncomfortable with the austere and traditional ‘white tie and tails’ recital they decided it was time for the performer to communicate directly with the audience. Rhodes was going to introduce his own programme notes and share what it takes to perform these works of art using fascinating anecdotes about the composers and his own life experience. Delivered in his unique trademark stand-up style he creates an immersive experience that has won him and classical music a dedicated new following.