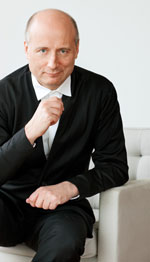 Paavo Järvi took up the position of Chief Conductor of the NHK Symphony Orchestra in 2015–16, which also marked his final season as Music Director of the Orchestre de Paris. Since 2004, Järvi has also been Artistic Director of The Deutsche Kammerphilharmonie Bremen.

His guest-conducting engagements include the Berliner Philharmoniker, Staatskapelle Berlin, Russian National Orchestra, Wiener Philharmoniker, Staatskapelle Dresden and the Philharmonia Orchestra, with which he has undertaken an acclaimed Nielsen symphony cycle. Järvi also regularly conducts as Conductor Laureate at the Frankfurt Radio Symphony Orchestra, and as Music Director Laureate at the Cincinnati Symphony Orchestra. Artistic Director of the Pärnu Festival and Järvi Academy which take place each July in the idyllic setting of Estonia’s south coast, Järvi also holds the position of Artistic Advisor to the Estonia National Symphony Orchestra. He was named Estonian Public Broadcasting’s 2012 Musician of the Year and in January 2013 was awarded the Order of the White Star by the President of Estonia for his outstanding contribution to Estonian Culture. The same year, he was also appointed Commandeur de l’Ordre des Arts et des Letters by the French Ministry of Culture for his contribution to music in France.

In 2015 Paavo Järvi received Gramophone magazine’s ‘Artist of the Year’ award. In the same period he was presented the Sibelius Medal by Finland’s Ambassador; in 2004 Järvi was also awarded a Grammy for his recording of the Sibelius Cantatas on Virgin Classics. 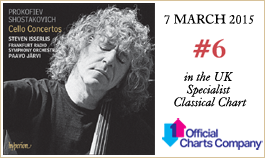