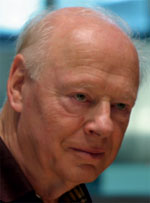 With an international conducting career that spanned over 60 years, Bernard Haitink is considered to have been one of the most celebrated conductors of his generation.

Born in 1929 in Amsterdam, Haitink studied the violin and conducting at the Conservatorium van Amsterdam, later studying with the German conductor Ferdinand Leitner. His first concert conducting the Netherlands Radio Union Orchestra (later the Radio Filharmonisch Orkest) in 1954 led to roles as the orchestra’s second conductor and, in 1957, its Chief Conductor. In 1956, he made his debut with the Concertgebouworkest, and became its Principal Conductor in 1961, a position he held until 1988. During his tenure his substantial recording output with the orchestra included Bruckner, Mahler, Schumann, and Tchaikovsky symphony cycles, as well as works by Strauss, Shostakovich, Ravel, Debussy, Brahms, Beethoven and Bartók.

Despite his reputation as a Mahler and Bruckner specialist, Bernard Haitink’s extensive recording legacy encompasses a large variety of symphonic repertoire, recorded with some of the world’s greatest orchestras. His recordings of the complete Brahms and Beethoven symphonies, as well as discs of Bruckner and Strauss, for the London Symphony Orchestra’s own label, LSO Live, garnered numerous accolades, with the complete Beethoven cycle being named the 'Benchmark Beethoven Cycle' by BBC Music Magazine and earning a nomination for Best Classical Album at the 2006 Grammy Awards. He was awarded a Grammy for Best Opera Recording in 2003 for Janáček’s Jenůfa with the Royal Opera, and for Best Orchestral Performance of 2008 for Shostakovich’s Symphony No 4 with the Chicago Symphony Orchestra.