The Helsingborg Symphony Orchestra (HSO) was founded in 1912, making it one of the oldest symphony orchestras. Head conductors over the years include Sten Frykberg, John Frandsen and Okko Kamu. In 2006 Andrew Manze became chief conductor of the orchestra, which currently consists of 61 members.

During Manze's leadership, Helsingborg Symphony Orchestra has developed a distinctive sound that is clear, supple and expressive, qualities that have made the orchestra internationally recognized and sought after for both concerts and recordings. The annual concert series is given in Helsingborg Concert Hall, one of Europe's acoustically main concert halls. At home, the orchestra has also an extensive activitiy programme for children and young people, while the recordings have brought international attention, especially in recent years. In 2008 the Orchestra toured the U.S., with twelve concerts built around Beethoven's Eroica symphony and have plans to tour Austria. 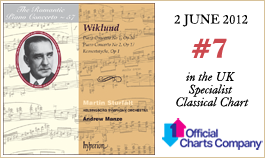