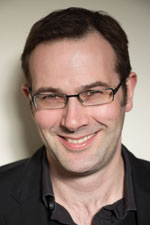 Christopher Glynn is a Grammy award-winning pianist and accompanist, working with leading singers, instrumentalists and ensembles throughout the world. He is also Artistic Director of the Ryedale Festival. Described by The Times as having ‘beauties and insights aplenty’ and praised in Gramophone for his ‘breathtaking sensitivity’, Chris has performed throughout Europe, North America and Asia with singers including Sir Thomas Allen, John Mark Ainsley, Sophie Bevan, Claire Booth, Susan Bullock, Allan Clayton, Sophie Daneman, Bernarda Fink, Michael George, Anthony Rolfe Johnson, Christiane Karg, Jonas Kaufmann, Yvonne Kenny, Dame Felicity Lott, Christopher Maltman, Mark Padmore, Joan Rodgers, Kate Royal, Kathryn Rudge, Toby Spence, Sir Bryn Terfel, Sir John Tomlinson, Robin Tritschler, Ailish Tynan, Roderick Williams, Elizabeth Watts and many others. He also appears regularly with many well-known instrumentalists and chamber ensembles, and with choirs including The Sixteen. Chris was born in Leicester and read music at New College, Oxford, before studying piano with John Streets in France and Malcolm Martineau at the Royal Academy of Music, where he now teaches. He was awarded the accompaniment prize in the 2001 Kathleen Ferrier competition and the 2003 Gerald Moore award.