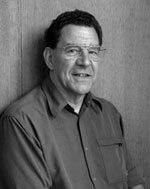 see also Richard Marlow (organ)
Richard Marlow was Organ Scholar and later Research Fellow of Selwyn College, Cambridge. He studied with Thurston Dart, writing a doctoral dissertation on the seventeenth-century virginalist, Giles Farnaby. After teaching at Southampton University he returned to Cambridge in 1968, succeeding Raymond Leppard as Fellow and Director of Music at Trinity and taking up a lectureship in the University Music Faculty.

The following year Dr Marlow founded the Cambridge University Chamber Choir, which won critical acclaim worldwide for its its enterprising and stylish performances. He disbanded this group in 1989 to devote more time to the recently formed mixed choir of Trinity College, whose many broadcasts, recordings and foreign tours have established its reputation internationally.

In addition to his choral work and his teaching, Dr Marlow has been active as an editor and has contributed articles and reviews to various scholarly journals and books, including The New Grove. He has also conducted, lectured and given harpsichord and organ recitals in many European countries as well as in Australia, Brazil, Canada, Japan, New Zealand, South Africa, Taiwan and the United States. As organ soloist and choir director, he records frequently.

Dr Marlow has been Visiting Professor at universities in Tokyo, Texas, New England and New Zealand.