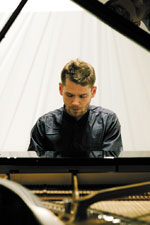 Moscow-born concert pianist Andrey Gugnin is rapidly gaining international acclaim as a passionately virtuosic performer, who possesses an ‘extraordinarily versatile and agile technique, which serves an often inspired musical imagination’ (Gramophone). In 2020, the BBC Music Magazine Awards named Andrey the winner of the Instrumental category for his recording of Shostakovich preludes and piano sonatas on Hyperion Records. Since winning the prestigious Sydney International Piano Competition in 2016, Andrey has gone from strength to strength in concerts and recordings which exhibit his impassioned interpretations.

Andrey has performed on some of the most prestigious stages in the world, including the Musikverein in Vienna, Victoria Hall in Geneva, Carnegie Hall in New York, Abravanel Hall in Salt Lake City, Sydney Opera House, the Grand Hall of the Moscow State Conservatory, the Tchaikovsky Concert Hall in Moscow, Mariinsky Concert Hall, the Louvre in Paris, Tokyo Metropolitan Theatre and Hamarikyu Asahi Hall. Andrey has also appeared at a number of international festivals, including the Verbier, Ruhr Piano, Mariinsky International, Dubrovnik Summer, Ohrid Summer and International Chopin festivals.

As a recording artist, Andrey has published a broad scope of repertoire, ranging from works for solo piano to concertos. His release of Liszt’s Transcendental Studies (Piano Classics, 2018) was Editor’s Choice in Gramophone. His recording of Shostakovich concertos (Delos International, 2007) was featured in the soundtrack of Steven Spielberg’s Oscar-winning film Bridge of Spies. 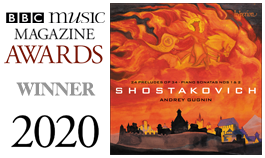 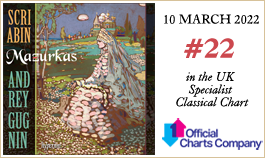 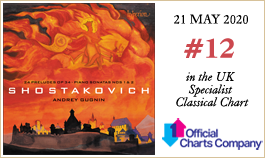