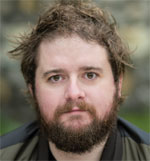 Allan Clayton is established as one of the most exciting and sought-after singers of his generation. He studied at St John’s College, Cambridge, and at the Royal Academy of Music in London. An Associate of the Royal Academy of Music and former BBC New Generation Artist from 2007 to 2009, his awards include The Queen’s Commendation for Excellence and a Borletti-Buitoni Trust Fellowship.

Allan garnered huge praise as the lead role in Brett Dean’s Hamlet, which had its premiere at Glyndebourne in June 2017. During 2017, Allan also sang the role of David in Die Meistersinger von Nurnberg at the Royal Opera House, Covent Garden. At the beginning of the 2017/18 season, Allan sang the role of Ferdinand in Miranda for Opéra Comique. He returns to Komische Oper Berlin in 2018 for Handel’s Semele, and also returns to Glyndebourne for Handel’s Saul.

A consummate recitalist, Allan has given lieder recitals at the Cheltenham, Perth and Aldeburgh Festivals. Last summer he performed a programme of Shakespeare songs with Sophie Bevan and Christopher Glynn at the Ryedale Festival and Wigmore Hall. Allan has made many appearances at Wigmore Hall, alongside singers such as Elizabeth Watts and Iestyn Davies, accompanied by Christopher Glynn, James Bailleau and Julius Drake.