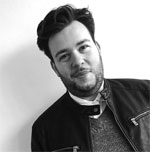 Toby’s music is particularly popular amongst choirs. He has been commissioned by numerous groups, including the choirs of King’s College Cambridge, New College Oxford, Queens College Oxford, Westminster Abbey, the Choir of Royal Holloway, the Joyful Company of Singers, and the BBC Singers. Many of Toby’s works have been broadcast on BBC Radio 3 and Classic FM, and he has been the featured composer at the Kings Lynn and Stratford Festivals. He is currently Composer-in-Residence with the Armonico Consort, following past residencies with the London Oriana Choir and Reverie.

Toby is also active as a researcher, exploring the relationship between creative practice and philosophy in his work as the inaugural Gianturco Junior Research Fellow at Linacre College, Oxford. He frequently gives public talks about this work, including a recent TEDx talk entitled ‘Why do we warble?’