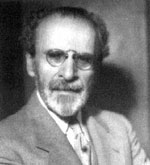 born: 8 April 1869
died: 6 November 1946
country: Poland
Born near the city of Kielce in the small town of Strzelce in the Russian partition of Poland, Stojowski began his musical training with his mother Marie (d1925). Thanks to the patronage of Princess Marcelina Czartoryska, once a pupil of Chopin, Stojowski and his mother were able to relocate to the ancient Polish capital of Cracow, where he simultaneously completed secondary school studies at the Gymnazium sw. Anny and took formal music lessons with the eminent Polish composer Wladyslaw (Ladislaus) Zelenski (1837–1921). In Cracow, as a seventeen-year-old student, he made his debut as a concert pianist performing Beethoven’s Piano Concerto No 3 with the local orchestra, for which he composed his own cadenzas, later published by Heugel & Cie. in Paris. At the age of eighteen he moved to Paris and studied piano with Louis Diémer and composition with Léo Delibes. Two years later at the Paris Conservatoire, he would win first prizes in piano performance, counterpoint and fugue. Delibes, whose wife was Polish, even offered to adopt Stojowski so he could compete for the famous Prix de Rome, since foreigners were prohibited from competing. According to Stojowski, however, in a December 1901 interview that appeared in the Warsaw magazine Echo Muzyczne, Teatralne i Artystyczne, the teachers who had the most profound influence on him as a musician were the Polish violinist-composer Wladyslaw Górski and pianist-composer Ignacy Jan Paderewski.

Stojowski’s music was found worthy enough to be included in the first concert of the Warsaw Philharmonic Orchestra on 5 November 1901. His Symphony in D minor, Op 21, which was featured in that first concert conducted by Emil Mlynarski, had won first prize (1000 rubles) in a Paderewski Music Competition in Leipzig on 9 July 1898. Besides having his symphony performed at that first prestigious concert, Stojowski appeared as a recitalist in December and again as the soloist in Saint-Saëns’s Piano Concerto No 4 in January 1902. The last time Stojowski performed with the Warsaw Philharmonic was at the opening concert of the 1929 season, playing his Piano Concerto No 2. Sadly, though, Stojowski’s music was not played at the Warsaw Philharmonic’s centenary concert of 5 November 2001, nor was a single work of his included in the orchestra’s centennial season repertoire.