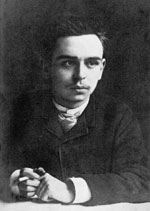 born: 20 January 1870
died: 21 January 1894
country: Belgium
At the start of the 1890s, French composers were largely divided into two groups: Conservatoire students who looked to Massenet as their guiding star; and the so-called ‘bande à Franck’ who followed the Belgian master—indeed ‘worshipped’ would not be too strong a word. The music historian Martin Cooper, in his classic account of the period, described Franck’s world as one ‘of tremulous emotion, in which the nobility and purity of master and disciples seems to have been permanently—and one cannot help feeling, rather self-consciously—in evidence’.