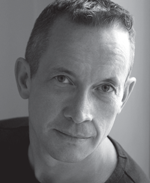 born: 1959
country: United Kingdom
Born in 1959 to architect parents, Jonathan Dove’s early musical experience came from playing the piano, organ and viola. Later he studied composition with Robin Holloway at Cambridge and, after graduation, worked as a freelance accompanist, repetiteur, animateur and arranger. His early professional experience gave him a deep understanding of singers and the complex mechanics of the opera house. Opera and the voice have been priorities in Dove’s output throughout his subsequent career. Starting with his breakthrough opera Flight, commissioned by Glyndebourne in 1998, Dove has gone on to write over 20 operatic works. Flight, a rare example of a successful modern comic opera, has been produced and broadcast many times in Europe, the USA and Australia. More recently, The Adventures of Pinocchio, premiered by Opera North at Christmas 2007 achieves another rare feat in contemporary opera, being a successful full-length symphonically-conceived entertainment for a family audience. It too has been produced across the world.

Dove’s innate understanding of the individual voice is exemplified in his large and varied choral and song output. His carol The Three Kings was commissioned for the famous Nine Lessons and Carols service at King’s College, Cambridge. His Missa Brevis commissioned by the Cathedral Organists’ Association was premiered by the Choir of Wells Cathedral in 2009 and has subsequently been performed in services all over the UK. A set of Canticles for Wells was composed in 2012 along with a moving setting of a Mark Strand poem for tenor Mark Padmore. Larger-scale works with chorus include Köthener Messe and the epic and moving There was a child. Dove’s confident optimism has made him the natural choice as the composer for big occasions. In 2010 A Song of Joys for chorus and orchestra opened the festivities at the Last Night of the Proms.

A sure sense of dramatic narrative also informs Dove’s orchestral and instrumental music. Stargazer, a concerto for trombone and orchestra commissioned by the London Symphony Orchestra and premiered by them with Ian Bousfield and Michael Tilson Thomas, has been described by Dove as an opera for the solo instrument. In The Magic Flute Dances, a flute concerto, Dove imagines the life of Mozart’s eponymous instrument once the opera has ended.

Throughout his career Dove has made a serious commitment to community development through innovative musical projects. Tobias and the Angel, a 70-minute opera written in 1999, brings together children, community choirs, and professional singers and musicians in a vivid and moving retelling of the Book of Tobit. His 2012 opera Life is a Dream written for Birmingham Opera was performed by professionals and community choruses in a disused Birmingham warehouse, and a church opera involving community singers The Walk from the Garden was premiered at Salisbury Cathedral as part of the 2012 Salisbury International Arts Festival.

Dove has been honoured with several awards, including the Ivor Novello Award for Classical Music in 2008. 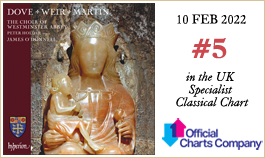