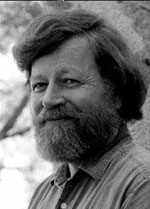 In speaking of Lauridsen's sacred works in his book, Choral music in the twentieth century, musicologist and conductor Nick Strimple describes Lauridsen as 'the only American composer in history who can be called a mystic, (whose) probing, serene work contains an elusive and indefinable ingredient which leaves the impression that all the questions have been answered …' From 1993 Lauridsen's music rapidly increased in international popularity, and by century's end he had eclipsed Randall Thompson as the most frequently performed American choral composer.