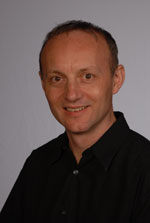 David was a choral scholar at St John’s College, Cambridge and was a member of Westminster Cathedral choir from 1993 until 1998. He is an experienced consort and choral singer appearing regularly with many leading choirs and ensembles. Over his career, he has sung on over 100 CD recordings with over 30 different groups, including the Hilliard Ensemble, The Cardinall's Musick, The Tallis Scholars, The King´s Consort, Polyphony and The Sixteen.

He is a regular member of The Cardinall’s Musick and appears on almost all of their CD releases, including their recently completed series of William Byrd's Latin choral music.

Over the last ten years, David has conducted various choirs in the London area including the Stanmore Choral Society, the Sine Nomine Singers and the Ashtead Choral Society. He was recently appointed musical director of the Amici Chamber Choir.

In addition to his musical activities, he works part time as a computer programmer.