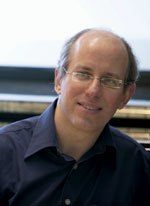 Arnon Erez has gained a worldwide reputation as an outstanding pianist. He is primarily known for his profound musical interpretation and unique chamber music abilities. His partnership with violinist Hagai Shaham, winning the first prize at the Munich ARD International Duo Competition in 1990, has led to numerous concerts and recordings, highly praised by the critics. He is a member of the Trio Shaham-Erez-Wallfisch, with violinist Hagai Shaham and cellist Raphael Wallfisch, founded in 2009.

Erez has also collaborated with top musicians worldwide, including Shlomo Mintz, Gil Shaham, Maxim Vengerov, David Garrett, Arnold Steinhardt, Frans Helmerson and Bobby McFerrin. He has performed in major concert halls, including Carnegie Hall, Beethoven Halle in Bonn, Alte Oper in Frankfurt, Herkulessaal in Munich, Musikverein in Vienna, the Concertgebouw in Amsterdam, the New Auditorium du Louvre in Paris and London’s Wigmore Hall. He has appeared in major festivals around the world, and as a soloist he has performed with orchestras including the Israel Philharmonic. In addition, he has given many recitals and recorded for radio and television stations in Germany, Austria, France, Holland, Israel, Turkey, Mexico and Brazil.