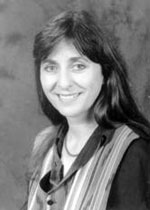 Evelyn Tubb has become one of the major names in the happy army of musicians who have been seeking out some of the lost treasures of an earlier time and trying to restore the colours on some of the better-known masters. This journey began while she was studying at The Guildhall School of Music in London and she is now admired throughout the world as an expressive and influential interpreter who combines period style with the use of gesture and dramatic characterisation in echoes of the renowned singing actresses of past times. Digging into many layers of meaning in the texts she sings, she is stretching herself to find a deeper connection with the sentiments expressed in these pieces of miniature music-theatre.

As a member of The Consort of Musicke, and in her partnership with guitarist/lutenist Michael Fields, Evelyn has made dozens of recordings including six solo CDs, and given concerts and broadcasts throughout the world. She also regularly sings in oratorio with leading conductors and has made several television programmes for English, Dutch, Swiss and Italian broadcasters. In opera and music-theatre she has ranged from Hildegard von Bingen's Ordo Virtutum, through Monteverdi and Purcell to Mozart and Peter Maxwell Davies. She created the title role of Semele for Mayfield Chamber Opera Company's production of that opera as set by John Eccles in 1707.

Evelyn has always been an eclectic musician, enjoying outings to rock, jazz and folk music, from where she says much of her own style was born. Her background in dance, and more recently Tai-chi and the inner dance with spirit, has brought her in contact with many inspiring teachers who have taught her much about becoming a true musician. Her own teaching has also become recognised over the years, and she is much in demand for courses and colleges worldwide, including the Scola Cantorum Basiliensis and Dartington International Summer School.