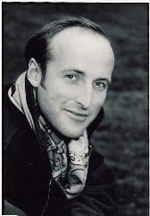 The English-German tenor, Rufus Müller was born in Kent, England and was a choral scholar at New College, Oxford. He is at present studying in New York with Thomas LoMonaco.

Rufus Müller made his debut as Bastien in Mozart’s Bastien un Bastienne at the Kent Opera in 1984 and received the first prize at the English Song Award in Brighton during the following year. In 1999 he was a prize winner in the Oratorio Society of New York Singing Competition. Rufus Müller has worked with many leading conductors and his performances in song recitals and oratorios have taken him to numerous European countries and to Puerto Rico, the USA and Japan.

He is Assistant Professor of Music at Bard College, New York.