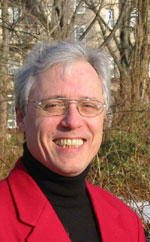 Born in 1953, Pascal Devoyon graduated with honours receiving a first prize from the Paris Conservatoire in 1971 and the Music License from the École Normale de Musique in 1972. He has performed solo recitals at Carnegie Hall, the Concertgebouw, the Queen Elizabeth Hall, and the Berlin Philharmonic Hall. He is regularly invited to play with the Orchestre de Paris and the London, Rotterdam and Montreal Philharmonic Orchestras, and has performed with such conductors as Charles Dutoit, Simon Bychkov, Emmanuel Krivine and Kurt Sanderling.

Pascal Devoyon's recordings include Tchaikovsky's Piano Concerto No 1 and concertos by Grieg, Schumann and Saint-Saëns, as well as recitals of Liszt, Ravel and Schumann and chamber music recordings with Philippe Graffin and Steven Isserlis. Pascal Devoyon was named Professor of Piano at the Paris Conservatoire in 1991.