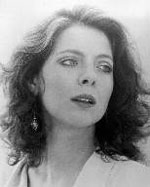 The young English soprano Sophie Daneman studied at the Guildhall School of Music and Drama with Johanna Peters and received an award from the Countess of Munster Trust. She has appeared as a soloist in recitals and oratorios throughout Britain and Europe in works ranging from Monteverdi, Bach, Handel and Mozart to Britten, Schoenberg and Berio.

As a lieder recitalist Sophie has appeared at the Villa Medici in Rome, at Wigmore Hall with Julius Drake and Eugene Asti, at the Greenwich Festival in a specially devised programme of Chopin songs with Leslie Howard and Leslie Caron, at the Saintes Festival with Ian Bostridge and Julius Drake, at the Purcell Room with Roger Vignoles, and recently at the Cheltenham, Belfast and Saintes Festivals with Julius Drake, with the Guarneri Trio Prague, Eugene Asti and Graham Johnson at Wigmore Hall, with Roger Vignoles in the 'Landscape into Song' series at the Queen Elizabeth Hall, and with Eugene Asti for BBC Radio 3.