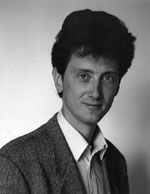 Christopher Green-Armytage has played throughout Great Britain, Europe, the United States and the Far East. He has broadcast frequently on Radio 3 and appeared as soloist at the Barbican, Festival Hall, and Queen Elizabeth Hall as well as in many major music festivals. He was a scholarship student at the Royal Northern College of Music and at the Juilliard School, New York.

He made his London debut in a Purcell Room recital at the age of eighteen and his new York debut in Carnegie Hall as a result of winning the Concert Artists' Guild Award. He is also a recipient of the Harriet Cohen Memorial Award.