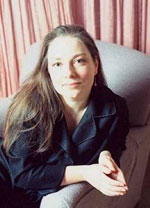 Born in Flensburg, Germany, Dorothea Röschmann made a critically acclaimed début at the 1995 Salzburg Festival as Susanna under Harnoncourt. She has since returned to the festival many times to sing Ilia, Servilia, Nanetta, Pamina and Vitellia, with Mackerras, von Dohnányi and Abbado.

With the Bayerische Staatsoper, Munich, Dorothea Röschmann has sung Zerlina, Susanna, Ännchen, Drusilla, Almirena, Marzelline, Anne Trulove and, most recently, Rodelinda. She is closely associated with the Deutsche Staatsoper, Berlin, where her roles include Elmira in Kaiser’s Croesus and the title role in Scarlatti’s Griselda, both with Jacobs, Ännchen with Mehta, Nannetta with Abbado, and Pamina, Fiordiligi, Susanna, Zerlina and Micäela (Carmen) with Barenboim. She has also sung at La Monnaie, Brussels, as Norina (Don Pasquale); at the Bastille, Paris, as Pamina; and recently made her débuts at the Royal Opera, Covent Garden, in the role of Pamina, at the Metropolitan Opera and Vienna Staatsoper as Susanna, and at the Ravinia Festival singing the role of Countess (Le nozze di Figaro) for the first time.