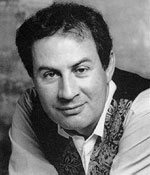 For 28 years James Bowman has been one of the world's foremost and most influential coutertenors. His career spans opera, oratorio, contemporary music and recitals. After education at Oxford, he made his début with Benjamin Britten in 1967 and was soon in demand on the opera stage and on the concert platform. He appeared at Glyndebourne in 1970, at the English National Opera in 1971 and at Covent Garden in 1972. Among his many opera engagements abroad, mention should be made of the Paris Opera, La Scala, Milan, La Fenice, Venice, and the Festival of Aix-en-Provence. His concert career is equally wide-ranging; in Europe he is particularly well-known as a recitalist. He was recently awarded 'La Medaille de la Ville de Paris' in recognition of his long-standing contribution to the musical life of Paris.

James Bowman has made over 130 recordings with all the major record labels and with such directors as Harnoncourt, Leonhardt, Hogwood, Pinnock and Frans Brüggen. His recorded repertoire covers not only the usual Baroque works but also embraces such works as Orff's Carmina Burana, Jacques Loussier's Lumières and Britten's A Midsummer Night's Dream, a work with which he has a particularly long association. Many of his most recent recordings have been for Hyperion in collaboration with The King's Consort.

James Bowman has given the world premières of many important contemporary compositions, including works by Benjamin Britten, Michael Tippett, Peter Maxwell Davies, Richard Rodney Bennett, Robin Holloway and Michael Nyman. In 1992 James Bowman celebrated the 25th anniversary of his career with a sold-out concert at the Palais Garnier in Paris and a similarly successful concert at St John's, Smith Square, in London.

In July 1992 the French Government honoured him with the nomination of 'Chevalier de l'Ordre des Arts et des Lettres'.