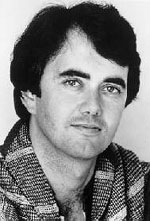 Michael George, now firmly established as one of Britain's most versatile bass-baritones, was a chorister at King's College, Cambridge, under Sir David Willcocks. He studied at the Royal College of Music in London, where he was a major prizewinner.

He has appeared with all the leading British orchestras and ensembles, has sung throughout Britain at all the major festivals and performed extensively abroad. Conductor with whom he has worked include Marriner, Muti, Gardiner, Norrington, Mackerras, Nagano, Pinnock, Hickox, Christophers, Handley, Hogwood, King, Malgoire, Sanderling, Zinman and Pickett.

His recordings include Haydn's Creation (Decca), Elgar's The Dream of Gerontius (EMI), Bach's St Matthew Passion (Collins Classics), Handel's Samson (Collins), Apollo and Daphne (Chandos), Monteverdi's Orfeo (Decca), Handel's Acis and Galatea (Hyperion), Stainer's Crucifixion (Chandos), Finzi's Let us Garlands Bring with the Bournemouth Symphony Orchestra under Vernon Handley (BMG Conifer), Handel's Messiah with the Sixteen (for Hyperion), Mass in B Minor (also for Hyperion) and Beethoven's Ninth Symphony and Missa Solemnis (Nimbus). He has completed a project to record all the Purcell odes, church anthems and songs for Hyperion with The King's Consort. Other recordings with The King's Consort include Joshua, Judas Maccabaeus, Acis and Galatea, Deborah, Ottone, Alexander Balus and The Occasional Oratorio.