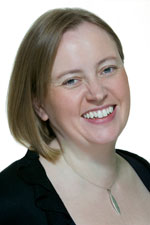 Amy Haworth studied music at Trinity College, Cambridge as a choral scholar under the direction of Richard Marlow. Since then she has developed the reputation of a highly acclaimed consort singer working with many of the country’s leading vocal ensembles including The Tallis Scholars, The Cardinall’s Musick, Consortium, Ensemble Plus Ultra, and Synergy Vocals.

Increasingly in demand for her work in contemporary music she has been involved in numerous premieres and distinguished projects including the UK premiere of Luigi Nono’s celebrated Prometeo at the Royal Festival Hall and in 2009 her BBC proms solo debut in George Crumb’s Ancient Voices of Children. As a member of Synergy Vocals she has worked closely with the luminary composer Steve Reich since 2005.