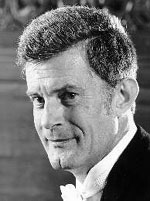 Malcolm Binns's distinguished career marks him as one of the finest British pianists of this Century. He is renowned for his flawless technique in which is found a joyous balance between virtuosity, power and musical finesse. He has worked with many leading orchestras and conductors around the world, including Boulez, Boult, Dorati, Haitink and Rattle, and he broadcasts and records extensively. He is the professional pianist's pianist par excellence.

Malcolm Binns is a noted authority on British piano music. He has performed the Britten and both of the Rawsthorne concertos at BBC Henry Wood Promenade Concerts in the Royal Albert Hall, London (the latter as part of two 'Last Night of the Proms' programmes). He was influential in the William Sterndale Bennett revival, performing and recording with the London Philharmonic and Philharmonia Orchestras. His wide repertoire of British music also encompasses concertos by Stanford, Harty, Ireland and Richard Rodney Bennett. (His highly acclaimed 1983 performance of the concerto by Edmund Rubbra with the London Symphony Orchestra, conducted by Vernon Handley, was recorded by the BBC.

Malcolm Binns has a vast repertoire which spans the classics to new music, and he is recognised as a major exponent of the works of Beethoven, Chopin, Schumann and Brahms. He has recorded extensively, including the first-ever recording of the complete Beethoven piano sonatas to be performed on original instruments, the complete Chopin Studies and Lyapunov Transcendental Studies and works by Medtner (Pearl). His wide range of concertos include those of Balakirev, Beethoven, Brahms, Falla (Nights in the gardens of Spain), Franck Symphonic Variations, Gershwin `Rhapsody in Blue' and Variations on 'I Got Rhythm', Grieg, Mozart, Poulenc, Rachmaninov, Ravel, Rimsky-Korsakov and Schumann. Malcolm Binns's recording for Hyperion of the Balakirev and Rimsky-Korsakov piano concertos was made in 1992 with the English Northern Sinfonia, conducted by David Lloyd-Jones.