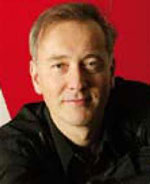 Ian Munro was born in Melbourne in 1963, and attended Scotch College and the Victorian College of the Arts. His early piano training was in Melbourne with Rodney Hurst, and he had further study in Vienna, London and Italy. His solo repertoire includes both rare and unusual works of the 19th and 20th centuries and he also has a special interest in new music. Being a parent himself, Ian Munro also has an interest in music for children. He has over 40 piano concerti in his repertoire and has performed with all the major orchestras in Australia, as well as orchestras in New Zealand, the Czech Republic, Poland, Italy, Portugal, Russia, the USA, and China, and in the UK. He has also broadcast widely for the BBC. He is a Director of Musica Viva Australia and a member of the Artistic Committee of Chamber Music Australia. Munro has a special interest in the music of Arthur Benjamin as a result of meeting Benjamin's pupil Joan Trimble in 1990, and has recorded many of his little-known piano pieces. For his Benjamin recordings, he has also written a short biography of the composer, filling a serious gap in the literature. His other writings include a biography of Katharine Parker. Ian Munro headed the piano department at the Tasmanian Conservatorium of Music between 1995 and 1999, then joined the staff at the University of New South Wales and at the Australian National Academy of Music. He has taught master classes in Australia, Japan, Hong Kong, Vietnam, Thailand and for eleven consecutive years at the Dartington International Summer Festival in the UK and has been a juror on various competitions .Ian Munro is the first and only Australian to win the Grand Prix at the Queen Elisabeth Music Competition.