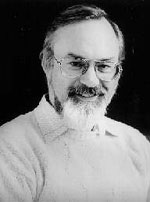 One of the most distinguished and highly respected musicians in Britain, John McCabe trained at Manchester University, the Royal Manchester College of Music and the Munich Hochschule für Musik.

Both as a composer and as a pianist John McCabe enjoys an international reputation as both a leading exponent of twentieth-century music, and as a noted classicist. His monumental recording of the complete Haydn sonatas for Decca (reissued in 1995 on twelve CDs) remains today, as a decade ago, an act of homage and rediscovery. He made his New York debut as pianist playing Mozart at the Lincoln Center, and his recordings range from Scarlatti and Clementi, through Grieg, Nielsen and Satie, to Webern and Copland. He has also recorded much music by the English romantics, as well as modern American an Australian works. He also plays at festivals and concert-halls in Britain and abroad, and has given the United Kingdom premiere of John Corigliano's challenging Piano Concerto, the Danish premiere of Delius's Piano Concerto, and the Australian premiere of Messiaen's Sept Haikai.

As a composer John McCabe has written music of all kinds, from opera, ballet, symphonies and concertos, to music for TV and films. Noted for his fine use of orchestral colour and rhythmic sense. his most popular successes have included The Chagall Windows for orchestra, Notturni ed Alba/i> for soprano and orchestra, and Cloudcatcher Fells for brass band. The premiere of his Concerto for Orchestra (with the Chicago. Symphony Orchestra under Sir George Solti) was received with high acclaim. Major commissions have included Rainforest I (Chamber Music Society of Lincoln Center) Fire at Durilgai (BBC Philharmonic Orchestra / Sir Edward Downes), Red Leave (European Community Chamber Orchestra), Double Concerto for oboe, clarinet and orchestra (an English Heritage commission) and a Flute Concerto written for James Galway and the London Symphony Orchestra.

His most recent large-scale works have included Tenebrae, written for Barry Douglas and premiered by him at the Harrogate Festival in 1994, the 4th Symphony 'Of Time and the River' (an exchange commission between the BBC and the Australian Broadcasting Commission), first performed by the Melbourne Symphony Orchestra under Vernon Handley in March 1995, and then by the BBC Symphony Orchestra under David Atherton in London two months later. The full-length ballet Edward II, based on the Marlowe play and choreographed by David Bintley, received a fifteen-minute standing ovation at its premier with the Stuttgart Ballet in April 1995.

From September 1995 John McCabe has been appointed Visiting Professor of Composition at the Royal Academy of Music, London. He was created a CBE in 1985.