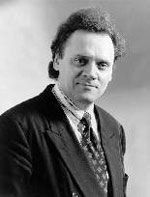 Alexander Lazarev is one of Russia's foremost conductors. He studied with Leo Gins-bourg at the Moscow Conservatory graduating with first class honours. In 1971 he won first prize in the Soviet Union's national competition for conductors, and the following year went on to win first prize and gold medal in the Karajan Competition in Berlin.

From 1987 to 1995 Lazarev was Chief Conductor and Artistic Director of the Bolshoi Theatre, the first person for over thirty years to hold both positions concurrently. His leadership marked a period of intense activity, with the Bolshoi Opera undertaking an unprecedented programme of prestigious foreign touring including Tokyo (1989), La Scala, Milan (1989), the Edinburgh Festival (1990 & 1991) and the Metropolitan Opera in New York(1991). Several of the Theatre's most successful productions including Glinka's A Life for the Tsar, Tchaikovsky's The Maid of Orleans, and Rimsky-Korsakov's Mlada were filmed for video and the Bolshoi Symphony Orchestra made a number of highly acclaimed recordings for Erato including such milestones of the Russian symphonie repertoire as Rachmaninov Symphony No 2 and Shostakovich Symphony No 8.

He has been a regular visitor to the UK since his début in 1987. From 1992-1995 he was Principal Guest Conductor of the BBC Symphony Orchestra, and since 1997 he has been Principal Conductor of the Royal Scottish National Orchestra. His activities with them have included complete cycles of the symphonies of Shostakovich and Prokofiev, appearances at the Pro ms and tours of S pain, Norway and Greece. Plans with them this season include a tours of Sweden, Norway, Greece and Sweden.

His repertoire is partieularly enterpris-ing in its scope, ranging from the 1ötn Century to the avant-garde. In 1978 he founded the Ensemble of Soloists of the Bolshoi Theatre whose most important aim was the programming and wide dissemination of contemporary music by both Soviet and foreign composers.

Alexander Lazarev is a prolific recording artist—in addition to his recordings with the Bolshoi Symphony for Erato, he has made over 35 recordings for Melodiya, and has also recorded for Virgin Classics, with the BBC Symphony Orchestra for Sony Classical, with the London Philharmonie Orchestra for Hyperion and BMG, and with the Royal Scottish National Orchestra for BIS and Linn Records.