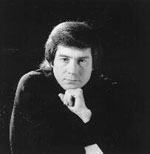 Russian pianist Dmitri Alexeev is one of the world's most highly regarded artists. His critically praised recitals on the world's leading concert stages and his concert appearances with the most prestigious orchestras have secured his position as one of 'the most remarkable pianists of the day' (The Daily Telegraph).

Alexeev was born in Moscow and began to play the piano at the age of five, one year later his talent took him to the Moscow Central Music School and then to the Moscow Conservatoire, where his professor was the eminent Soviet pianist Dmitri Bashkirov. Whilst pursuing graduate studies, he participated in several international competitions, capturing top honours in Paris, Bucharest and Moscow. In 1975 he was unanimously awarded first prize at the Leeds International Competition in England.

He now teaches at the Royal College of Music in London.