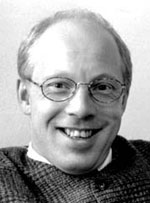 The finest Swedish conductor of his generation, he was born in Stockholm in 1961 and went on to study conducting and composition at the Royal Conservatoire of Music in the city where his conducting teachers were Professor Jorma Panula and Kjell Ingebretson and his composition tutors Ingvar Karkhoff and Daniel Boertz.

Niklas Willén has regularly worked with the Royal Stockholm Philharmonic, Swedish Radio Symphony and Swedish Chamber orchestras as well as the other main orchestras and most opera houses in Sweden and he has also toured Germany and France with the Stockholm Sinfonietta and Sønderjyllands Symfoniorkester. He has strong, distinct affiliations to repertoire of the classical, romantic and contemporary eras. His performances in recent years with the Royal Stockholm Philharmonic of Ravel’s Daphnis and Chloë, Mahler’s Symphony No 1 and Pettersson’s Symphony No 7 have received glowing comment.

Beyond Sweden Niklas Willén works with several of the major orchestras of Norway, Denmark and Finland. He has extended his activities outside the Nordic countries, conducting the Royal Scottish National Orchestra and BBC Scottish Symphony Orchestras, Sinfonia 21 in London, the National Symphony Orchestra of Ireland, the Brabants Orkest and Noordhollands Philharmonisch Orkest in the Netherlands and Nordwestdeutsch Philharmonie in Germany.