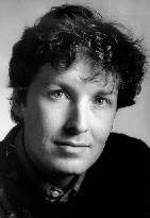 Richard Edgar-Wilson has developed a successful and varied career in opera, oratorio and song throughout Europe and beyond appearing in over twenty-five countries. With an oratorio repertoire ranging from Monteverdi to Berio, he has worked with conductors including Steuart Bedford, Ivor Bolton, Martyn Brabbins, Ronald Corp, Sian Edwards, David Hill, Philippe Herreweghe, Richard Hickox, Diego Masson, Sir Charles Mackerras, Alexander Polianichko, Ross Pople, Trevor Pinnock, Christoph Spering and Sir David Willcocks. A native of Suffolk, he has performed the Serenade for Tenor, Horn and Strings in Greece and Norway and the War Requiem in England, Northern Ireland and Italy. Other notable performances have included Faust La damnation de Faust at the Three Choirs Festival, Judas Maccabæus with the Israel Chamber Orchestra, Elijah at the Royal Festival Hall and Pastore Oedipus Rex under Jeffrey Tate for Italian Television.

In recital, Richard Edgar-Wilson has worked regularly with Graham Johnson and the Songmakers’ Almanac and with John Constable, Julius Drake, Malcolm Martineau and Roger Vignoles.