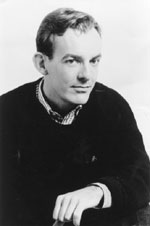 Andrew West is known internationally as a song-accompanist and chamber musician. He is one of the Artistic Directors of the Nuremberg Chamber Music Festival. The festival promotes English music new to local audiences along with more familiar repertoire. His longstanding partnership with flautist Emily Beynon has led to CD and radio recordings, and performances at the BBC Proms, Edinburgh International Festival, and Amsterdam Concertgebouw.

He has appeared at the City of London and Cheltenham Festivals with pianist Cedric Tiberghien, and was closely involved with the Michael Clark Dance Company’s Stravinsky Project, performing the two-piano version of The Rite of Spring with Philip Moore in its original Barbican production, and then on tour in Paris, Seoul and Lincoln Center, New York. Andrew regularly accompanies singers including Emma Bell, Florian Boesch, Lesley Garrett, Robert Murray, Mark Padmore, Christopher Purves and Roderick Williams at festivals around the country. He has given recitals with Mark Padmore in many major venues including Wigmore Hall, the Vienna Konzerthaus and Brussels Theatre de la Monnaie; they have also collaborated in staged performances of a new translation of Winterreise in London and New York. As a soloist Andrew won second prize in the Geneva International Piano Competition, and has played as concerto soloist and recitalist in South Africa, Venezuela and the USA. He also toured Scotland with the Scottish Ensemble, in performances of the Chausson Concerto for piano and violin, with Ensemble director Jonathan Morton.

Andrew West read English at Clare College, Cambridge before going on to study with Christopher Elton and John Streets at the Royal Academy of Music, where he is now a Professor.