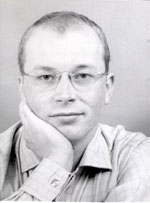 Daniel Norman was a choral scholar at New College Oxford, where he read Engineering, and went on to study with Diane Forlano at the Royal Academy of Music. In his first year out of college he made his debuts at the Queen Elizabeth Hall with Trevor Pinnock, the Royal Festival Hall with David Atherton, the Wigmore Hall with Graham Johnson, the Aldeburgh Festival with David Parry and the Barbican Hall with Richard Hickox.

More recent concert performances have included Schumann songs with Julius Drake at the Wigmore Hall, French Song with Simon Over at St John’s, Smith Square, Sibelius Jeder Mann with the BBC Symphony Orchestra and Thomas Adès at the Aldeburgh Festival, the premiere of Francis Grier’s Around the Curve of the World in Oxford, the title role in the premiere of Andrew Gant’s The Vision of Piers Plowman at the Three Choirs Festival in Worcester, and the role of Sam Kaplan in Weill’s Street Scenes at the BBC Proms.