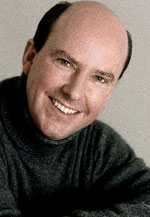 Neal Davies studied at King’s College, London, and the Royal Academy of Music, and won the Lieder Prize at the 1991 Cardiff Singer of the World Competition. He has appeared with the Oslo Philharmonic under Mariss Jansons, the BBC Symphony with Pierre Boulez, the Cleveland and Philharmonia orchestras with Christoph von Dohnányi, the Chamber Orchestra of Europe with Nikolaus Harnoncourt, the Orchestra of the Age of Enlightenment with Frans Brüggen, the Gabrieli Consort with Paul McCreesh, the Hallé with Mark Elder, Concerto Köln with Ivor Bolton, and the London Symphony and Vienna Philharmonic orchestras with Daniel Harding. He has been a regular guest at the Edinburgh Festival and the BBC Proms. He has also appeared at major opera houses including the Royal Opera House, Covent Garden, English National Opera, Welsh National Opera and Scottish Opera, as well as in Paris, Marseille, Salzburg and at the Lyric Opera of Chicago.